“…less a performance than it is a prayer.”
– Roger Guenveur Smith

Fresh off show tours to Oakland and L.A., Smith unravels the myth of “the first reality TV star” in his riveting one-man performance Rodney King tells the story of a flawed, good-hearted everyman – from his harsh entry into the national spotlight to a lonely death at the bottom of his swimming pool. It’s been 25 years since the media turned the spotlight to Rodney King’s brutal treatment at the hands of four police officers and their subsequent acquittal that sparked riots in L.A. opening eyes across the world. Now, Smith asks us once again, “Can we all get along?”

Let’s talk about it.

This story that started decades ago will open conversations about right now. Plan to stay for post show discussions moderated by The Color of NOW Friday, Saturday and Sunday nights, or attend on Sunday afternoon for a movement-based “Move Back” conversation with Chisao Hata.

STUDENT EXHIBIT: Organic reflections from students at Roosevelt High School about the legacy and impact of Rodney King will be on display in the lobby.

Netflix will release the new film RODNEY KING, directed by Spike Lee, starring Roger Guenveur Smith on April 28.
Artists Rep is honored to host the final stage performance of this piece, ever.

We are pleased to announce that Artists Rep has received special permission from ABC to screen Let It Fall: Los Angeles 1982-1992 directed and produced by John Ridley (American Crime, 12 Years a Slave) with ABC’s Lincoln Square Productions. This feature-length documentary, tied to the 25th anniversary of the Los Angeles uprising, airs on ABC Friday, April 28 (9:00 – 11:00 p.m. EST). TRAILER HERE

John Ridley’s Let It Fall: Los Angeles 1982-1992 is a feature documentary that looks at the years and events leading up to the April 1992 riots after the Rodney King verdict. Let it Fall features exclusive interviews with eyewitnesses and people directly involved in the events from diverse neighborhoods across the city, including black, white, Hispanic, Korean, and Japanese Americans.

Read a Q&A with Roger Guenveur Smith by The Washington Post HERE.

“From the beginning I’ve been calling this so-called performance a prayer, and I think that the scripture has been provided in large measure by Mr. King, who asks us a really fundamental human question: “Can we, can we, can we all get along, can we get along?” And he does answer his own question. Yes we can, we can get along, we just have to work it out. We’re all stuck here for a while, so let’s work it out.” – Roger Guenveur Smith

“We conclude the live performance of Rodney King in a Portland which has been fraught with tension and in an Oregon whose peculiar history informs its present political moment.  Our world tour has been, in many tragic ways, drawn in blood—from Los Angeles, to St. Paul, to London, to Chicago, to Charlotte, to Oakland, and to New York City, where the performance morphed into a town hall meeting and then into a spontaneous street demonstration. A man had been choked to death by the police. It was not a Spike Lee movie.”
– Roger Guenveur Smith

The Oregonian/OregonLive.com
by Kristi Turnquist
April 18, 2017

“While Smith is pleased at the prospect of even more people having the opportunity to see “Rodney King” via Netflix, the Los Angeles-based actor and writer says, “I just don’t think that we can ever re-create what happens in a theater. Which is why it’s very special now to be able to do these final performances in Portland.””

“I’ve been calling it the gospel of Rodney King,” says Smith, “Which boils down to ‘Hey, we’re all stuck here for a while, so let’s work it out.'”

“Smith shifts his weight, bends his knees, churns the air with one hand, clutches his mike with the other, sometimes crouches — as if gauging, and flinching from, an oncoming disaster in a bewildering, slow-motion dream.”

“Rodney King was no MLK, but stage wizard Roger Guenveur Smith gives eloquent voice to his story. ‘Somehow, he dug into his enlarged heart and was able to speak to the fundamentals of human survival, and stop a riot with a speech that begins with a question that everyone knows. “Can we all get along?”’”
– Star Tribune

“Few stage actors I’ve seen have come within a mile of Smith’s expressive vitality, his utter command of the room, his astonishing verbal dexterity (in terms of tempo, volume, pitch, timbre, force, and grace), and above all, his capacity as a writer-performer to harness those qualities in the service of a story that matters.”
– The Stranger

“…intricate eulogy of an emblematic black Everyman whose victimhood was both self-induced and spectacularly escalated by irrefutable violent racial oppression highlights familiar facts from a complex multitude of perspectives.”

“…rich in detail and nuance, yet as direct as a punch in the face.”

“Fans of Spike Lee’s films would recognize the actor Roger Guenveur Smith instantly, and followers of theatrical solo performance wouldn’t think of missing a chance to see him live.”

“Rodney King is one of the most powerful pieces of theatre I’ve had the opportunity to experience.”

“…Smith’s stream-of-consciousness meditation on the event is so rapid-fire I actually did wonder several times how he was able to breathe.” 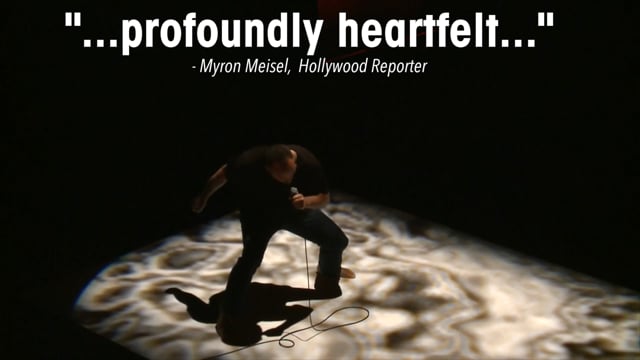