An Octoroon is a raucously irreverent riff off a 19th Century hit melodrama set on a Louisiana plantation. Branden Jacobs-Jenkins offers a brazen and metatheatrical experience that twists a world of larger-than-life stereotypes into blistering social commentary. It’s a hilarious and gasp-inducing satire from one of America’s most thrilling writers.

“Addressing race in theater—an art form too often dominated by white people in both its creation and its consumption—is an important task in any political moment, and this is one of the best treatments of it I’ve seen in recent memory.”

“An Octoroon always seems like it’s one step ahead of you—it constantly wonders aloud about its own limits.”

“An Octoroon is worth seeing and discussing and seeing again.”

“…directors Lava Alapai & Dámaso Rodríguez understand what the show is trying to do and turn everything up to 11.”

“Lessons drenched in vicious humor, and anger treated with laughter, can do more to bring our attention to serious subjects than anything else.”

“…it definitely will raise eyebrows with some people, which is a good thing.”

“Mr. Jacobs-Jenkins is using a genre associated with exclamation points to ask questions not only about the portrayal of race in America but also about the inadequate means we have for such portrayals.”

“A knockout, a radical rethinking, a great time.”

“A work that is infinitely playful and deeply serious and which dazzlingly questions the nature of theatrical illusion.” 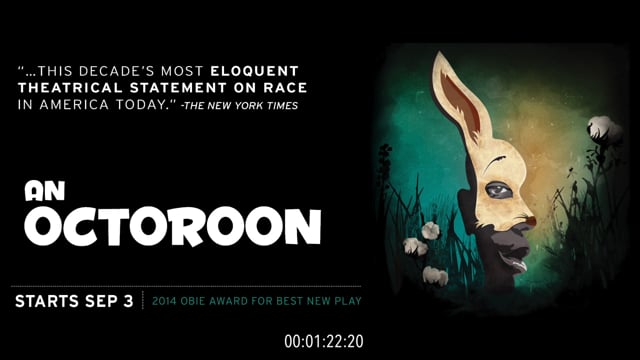 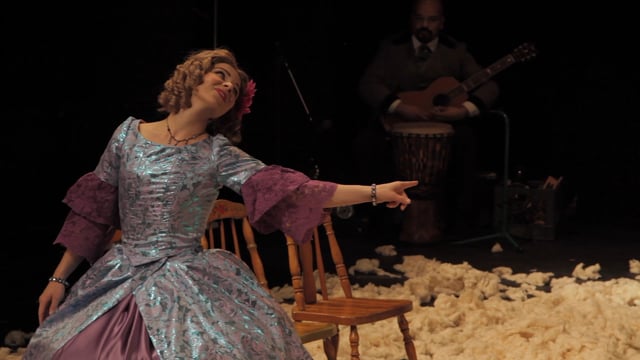