Daily routines intersect with the turmoil of the world outside as three Black Portlanders go about their day during the COVID shutdown in Oregon in this 22 minute short film.

See Me is the first project of the DNA: Oxygen program and was created entirely with a BIPOC cast and crew. ART is proud to attach its name to this first-of-its-kind project at Artists Rep that uses the creative power of a number of up-and-coming BIPOC artists.

Creative Producer, Kisha Jarrett said, “when I first started putting together the production team for See Me, I pitched the idea of a project to a bunch of filmmakers and animators by saying, ‘I have this vision, it’s a slice of life story of three Black people living in Portland during COVID and we may have about a minute of animation. Oh, and there’s no script yet. We’re going to meet and write it in a week and then shoot it four weeks later. Once we confirmed our director, Dawn Jones Redstone and our Director of Photography Matthew Hayes, everyone else fell into place and believed in the vision, the power, and the beauty of this story.”

What to Watch at the 2021 Portland International Film Festival
A daring short, a radiant family drama, a ruthless black comedy, and more.

The Portland International Film Festival Seeks to Free the Pandemic-Forced Homebound With Online and Now Drive-In Screenings
Here’s the best of what we saw from Oregon ahead of PIFF 44.

Spotlighting the lives of Black Portlanders in the pandemic
The short film “See Me,” the first project from Artist Rep’s DNA: Oxygen, is premiering at the Portland International Film Festival 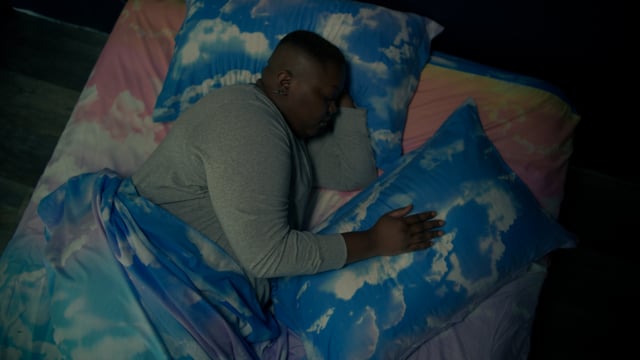